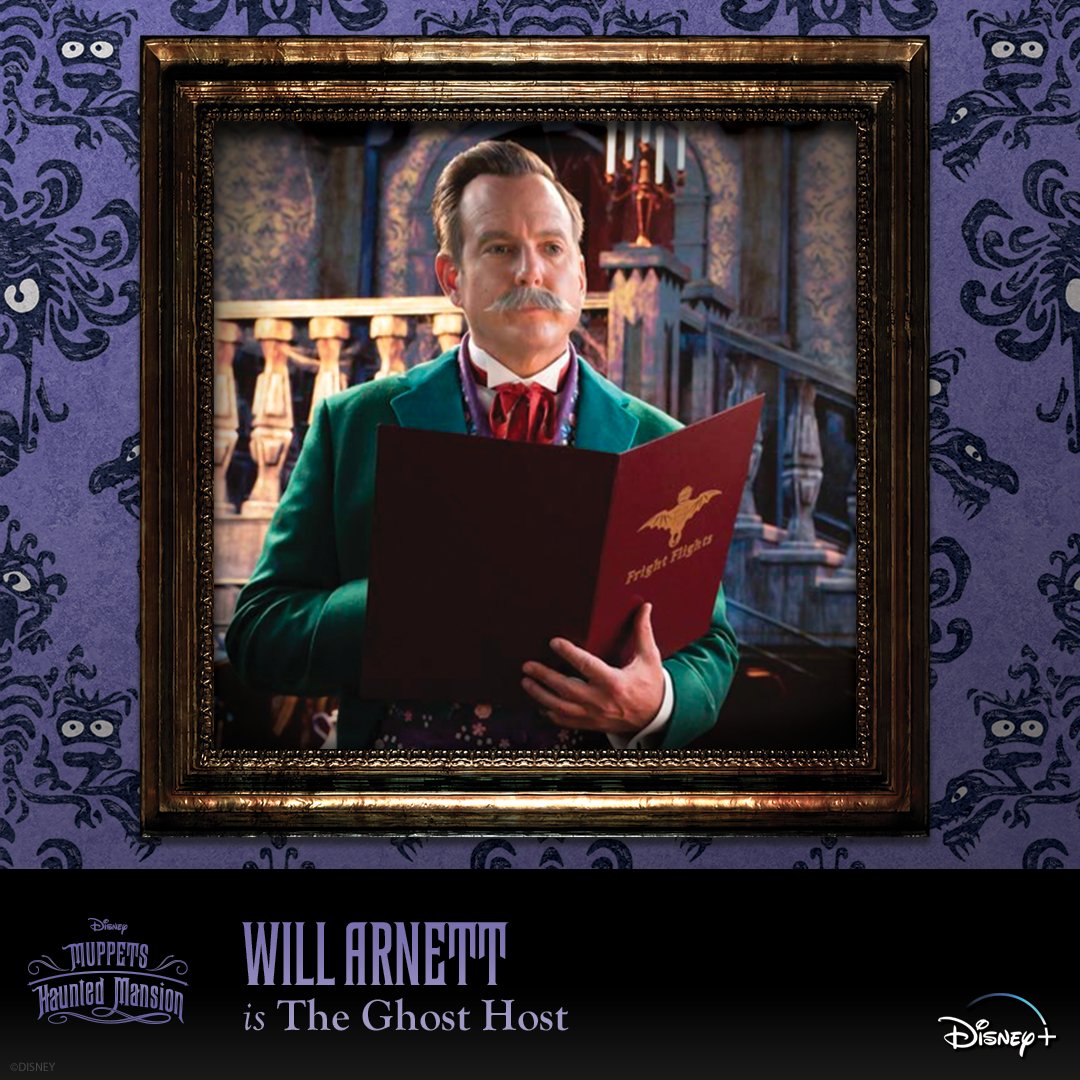 Will Arnett is the latest celebrity guest revealed for the “Muppets Haunted Mansion” Halloween special coming to Disney+ this fall. The actor will play The Ghost Host from The Haunted Mansion attraction.   Arnett is best known for his starring roles in Arrested Development, The Millers, and provides the voice of Batman in The Lego Movie franchise.

Arnett joins the growing list of celebrities who have been confirmed to appear in the special including:

There will also be celebrity guest appearances from: