Skip to content
Home » Blog » Will There Be A Disney+ UK Price Increase? 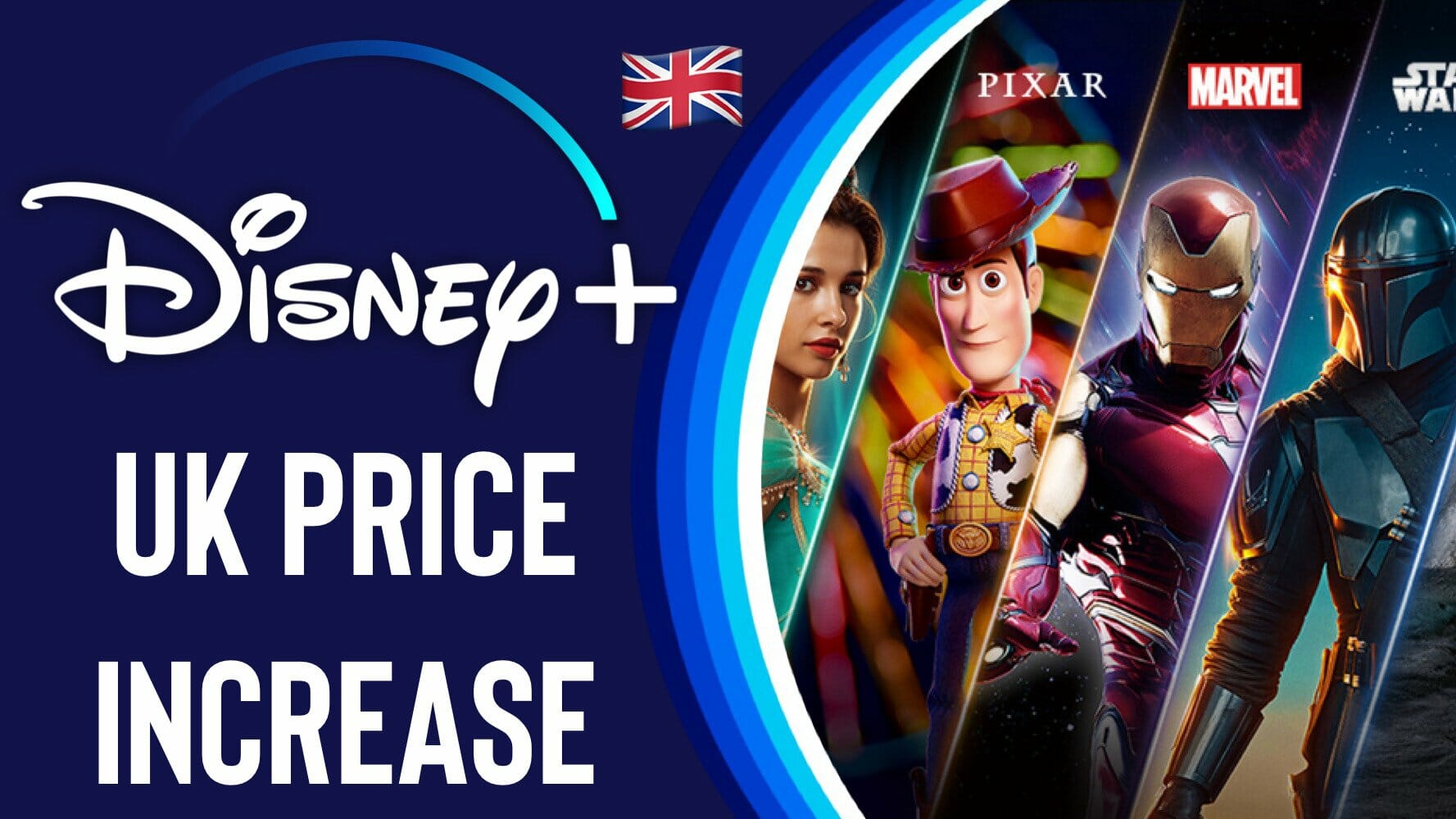 Disney+ announced its new subscription with ads tier will launch in the United States on December 8, 2022.  The price with ads will be $7.99 a month. This is the current price of Disney+ without ads today. This means that the new ad-based tier is not going to lower pricing for existing subscribers. Instead, those who don’t wish to see adverts, will have to pay $3 more each month.

Currently, as it stands, the price increase is just for the United States, but will the cost of Disney+ be going up in the UK? Read on for everything we know so far about a Disney+ UK price increase.

While we don’t expect to see a Disney+ UK price increase in 2022, we certainly expect to see one in 2023. Earlier this year it was announced that the Disney+ ad-supported tier, known as ‘Disney+ Basic’, will launch internationally in 2023. This means a similar price increase is expected, although not officially confirmed by Disney+ at this time.

Is Disney+ UK going to increase its prices?

We expect, although this is speculation at this point, that the ad-supported tier will start at £7.99/month, and for those that don’t wish to see adverts, we expect the price to jump up £10.99. This pricing strategy will essentially match the US which is what Disney has done previously. This means we expect Disney+ UK to go up by £3 per month, and £30 per year if you don’t want to watch ads in 2023. To be clear, Disney hasn’t confirmed any UK price increases just yet, and the new prices of Disney+ are steeper, but this is likely due to inflation, rivals putting up their costs and the increase in content output over the last few years.

We’ll be sure to update this article as soon as Disney confirms further details about their international ad-tier rollout.

1 thought on “Will There Be A Disney+ UK Price Increase?”