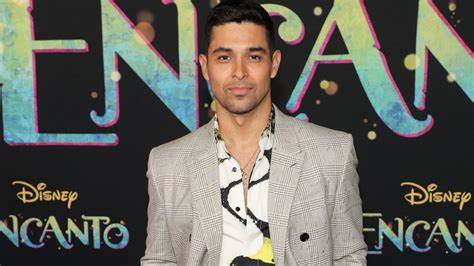 The show is a reimagining of the Disney-ABC “Zorro” series which starred Guy Williams. The series aired for 78 episodes between 1957 and 1959, with four hour-long episodes airing in the early 1960s.

Valderrama will reportedly star as Don Diego de la Vega and his swashbuckling alter ego, the masked horseman known as Zorro, in the days of Spanish California.

Wilmer recently appeared on The Drew Barrymore Show where he talked a little about the upcoming series.  You can see what he said below:

“I’ll tell you this: This will be a Zorro for this generation,” Valderrama told Barrymore. “And it’ll be incredibly thoughtful with its origin story, and it’ll be grounded in authenticity.”

Valderrama went on to say:

“It is a lot on my plate, but I’m up for the challenge,” Valderrama explained. “You come to a point in her life where… we talk about this Mount Everest, right? And I think Zorro is one of those.”

Gary Marsh will exec produce the live-action series, the former Disney Channel president who was promoted last year to serve as creative chief at Disney Branded TV. John Gertz (The Mask of Zorro, The Legend of Zorro) will exec produce for Zorro Productions.

A Disney+ release date for the new “Zorro” series has not been announced yet.