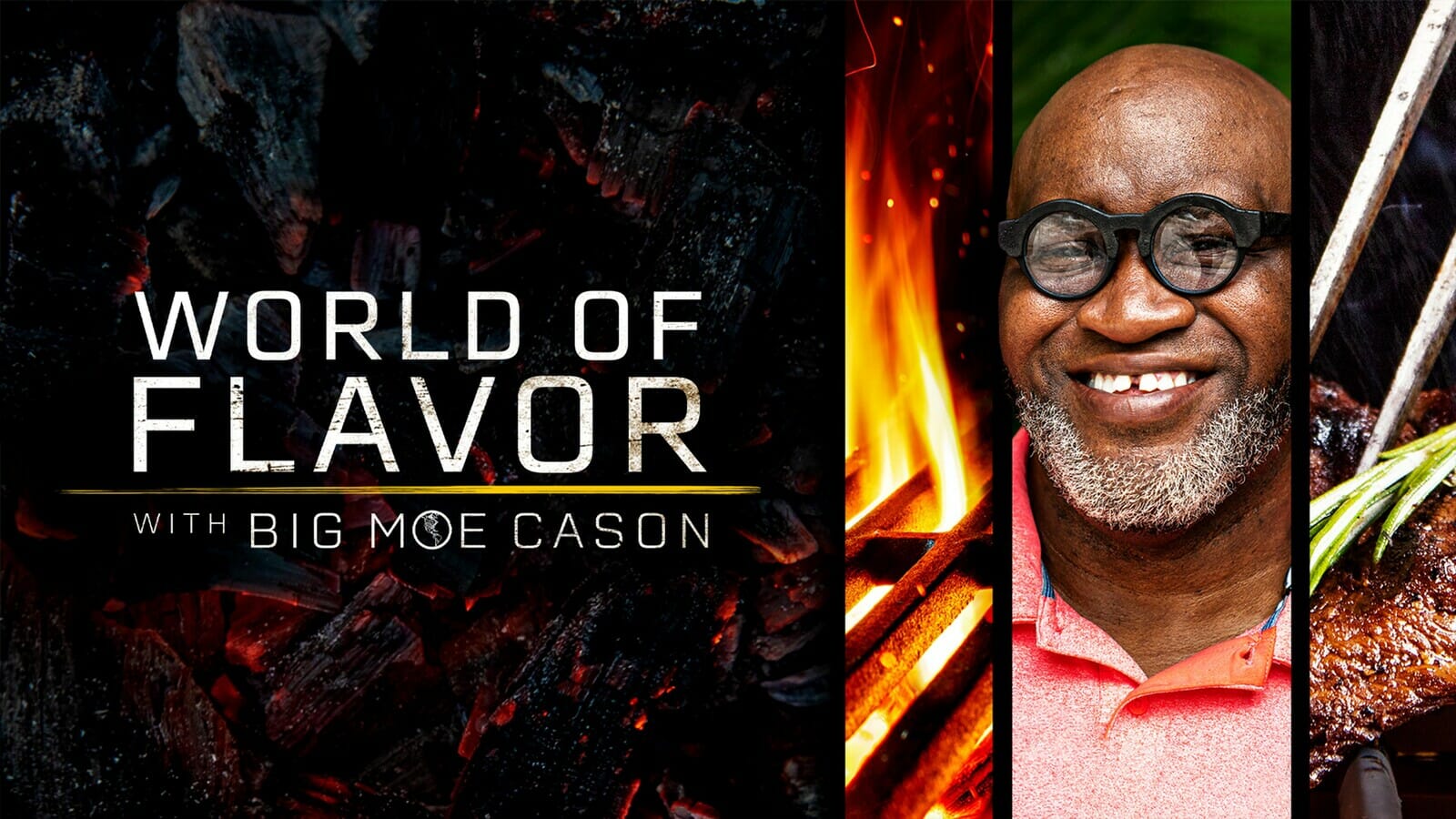 Disney has announced that Season 1 of National Geographic’s “World of Flavor with Big Moe Cason” will arrive on Disney+ in the United States on Wednesday, October 5, 2022.

In “World of Flavor with Big Moe Cason” the Navy veteran and champion pitmaster embarks on an epic journey to seek out the most mouthwatering dishes cooked over an open flame. In the four-part series, Cason dives for fresh conch in the Bahamas, roasts ‘gator in Louisiana, connects with his roots in South Carolina and braves piranha-infested waters in Colombia. Along the way, Moe explores the connections between American barbecue and cultures around the world.