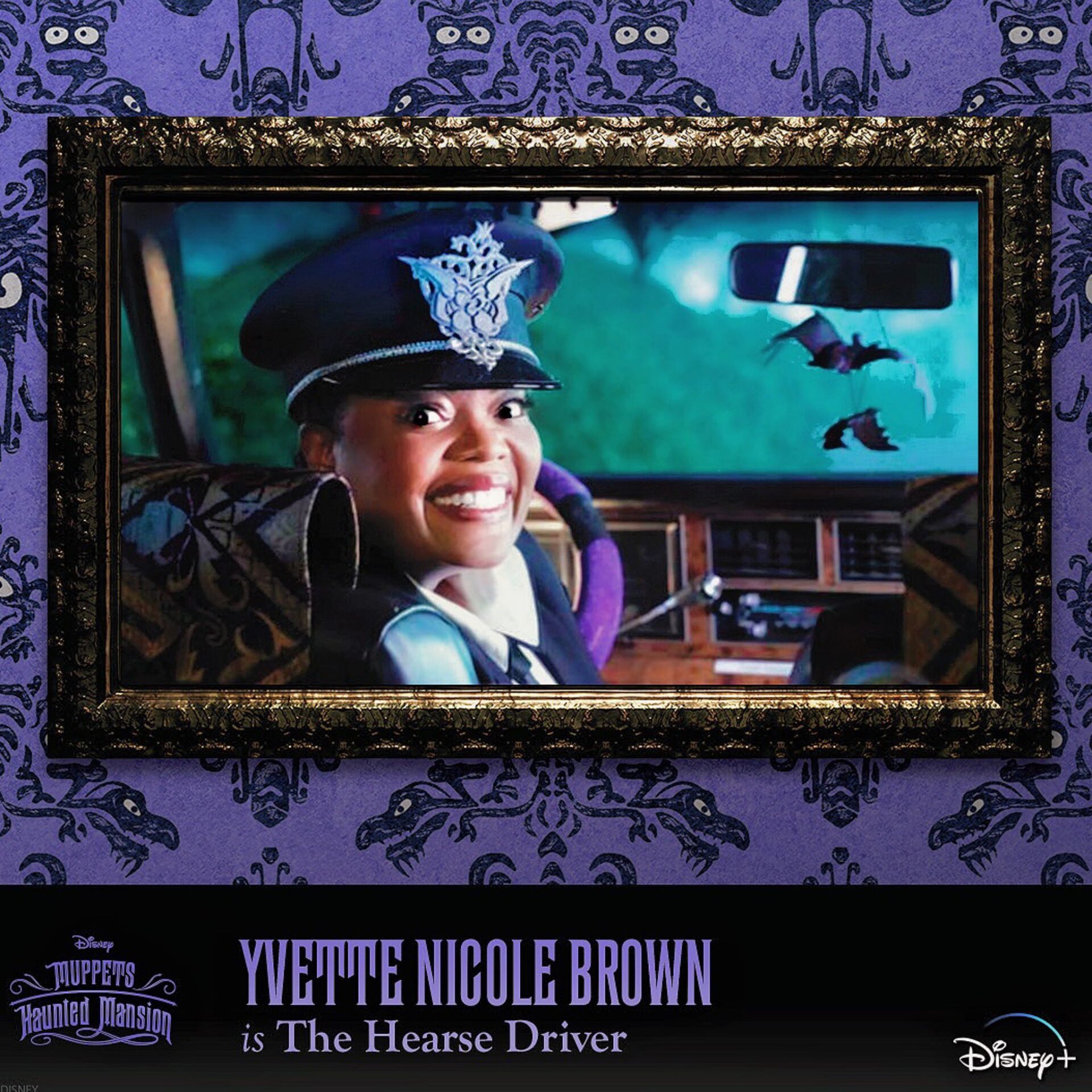 Yvette Nicole Brown will be appearing in the “Muppets Haunted Mansion” Halloween special coming to Disney+ this fall.  The actress announced she will be playing The Hearse Driver on her personal Twitter account which you can see below:

In it AND excited! 💜 pic.twitter.com/038tBhMayx

Brown is no stranger to Disney.   She starred in the live-action Lady and the Tramp movie on Disney+, hosted the game show The Big Fib, and most recently played Sherilyn Thomas opposite John Stamos in Big Shot, which was recently renewed for a second season. She will also play a villain in the upcoming Enchanted sequel on Disney+ titled, Disenchanted.

Other stars who have been confirmed to appear in the special include Chrissy Metz (This is Us), Jeannie Mai (How Do I Look?),  Alfonso Ribeiro (Fresh Prince of Bel Air), Sasheer Zamata (I Feel Pretty), Danny Trejo (Machete), Skai Jackson (Jessie), Pat Sajak (Wheel of Fortune), Geoff Keighley (The Game Awards), Justina Machado (Elena of Avalor), Craig Robinson (The Office), and Edward Asner (The Mary Tyler Moore Show).

Darren Criss, star of the second season of FX’s American Crime Story, also confirmed on Twitter recently that he will be appearing in the special as the Haunted Mansion’s caretaker.