As if the kids at Seabrook High School don’t have enough to worry about with graduation just around the corner, now there are aliens moving in. In ‘Zombies 3,’ the latest and final instalment in the Disney film series, Zed (Milo Manheim is freaking out about getting into college, Addison (Meg Donnelly) has an international cheer competition, and the aliens are wondering how to fit in.

A shining example of tolerance, ‘Zombies 3’ mixes lessons of acceptance with some of the most complex dance sequences known to man, dead or alive. The dance competition is fierce, with zombies, werewolves and aliens all competing. It’s intense, and no matter how hard the Seabrook kids try, they just can’t equal the anti-gravity tricks the extra-terrestrials can pull off.

Meanwhile, Zed and Addison must figure out how he’s going to get into Mountain College if a football scholarship isn’t possible. “Exceptional” abilities are the key to entrance into the Harvard of the zombie world. This feels like a sub-plot though, and more interesting perhaps, is the relationship between the residents and the visitors. 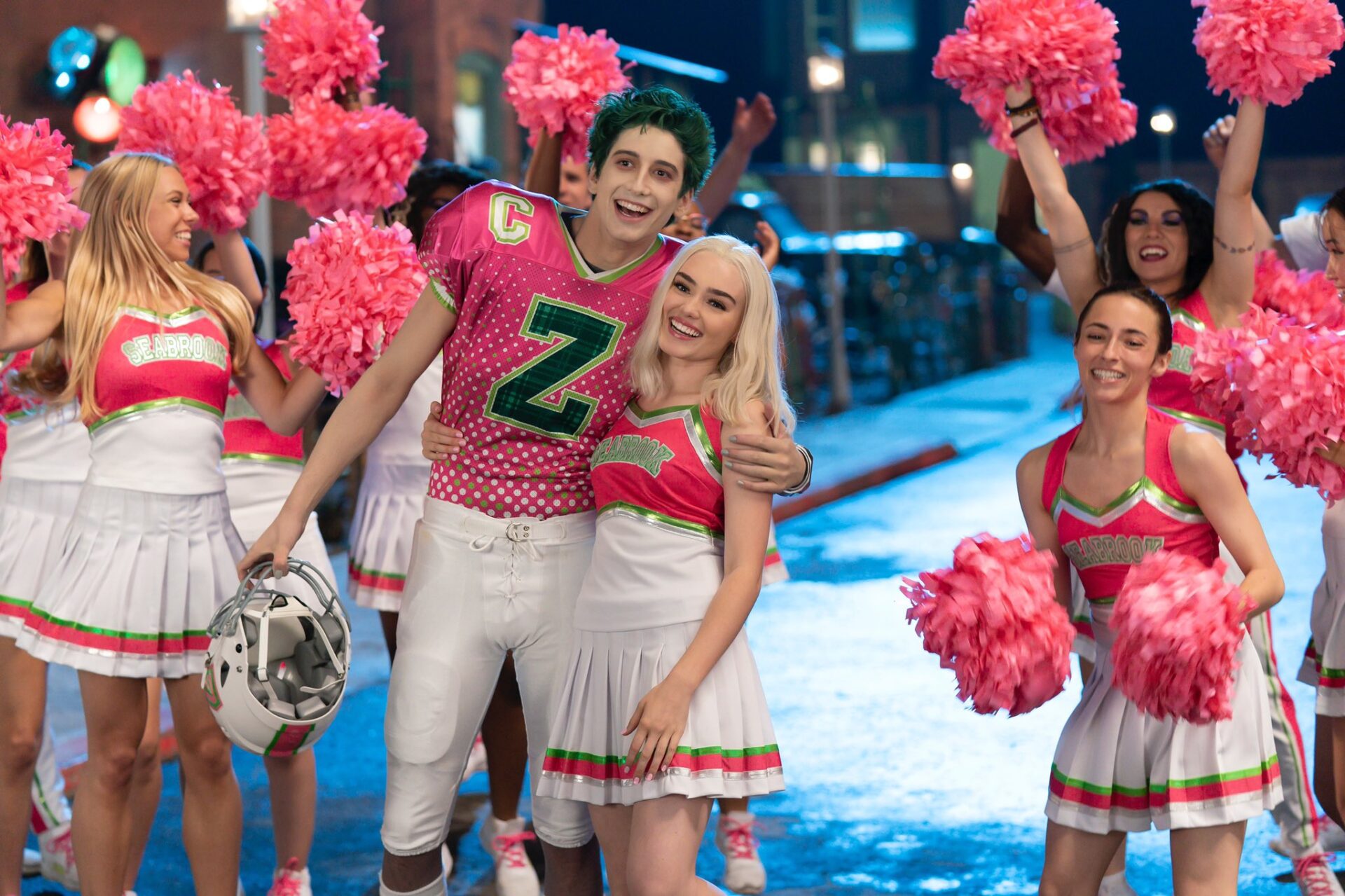 Dressed in blue, the aliens ae all extremely nice and have a gender-fluid approach to relationships, another nice way that this series deals with acceptance. Even through the aliens are better at cheering, they aren’t ever seen as a threat. Terry Hu, Matt Cornett and Kyra Tantao lead the charge and find a good way to expand the franchise, if Disney decided to take things in that direction.

While the werewolves don’t get much of a plot to sink their teeth into, they are always present in the group numbers, mostly the kind that remind you of Michael Jackson’s “Thriller.” Dondraico Johnson’s smart choreography fits well inside the “exceptional” category.

“Zombies 3” has more than a few twists that will keep fans hooked and gives Addison more than just a claim to the top of the cheer pyramid. The movie also has ample opportunity for more discussion. While it doesn’t clobber you with its message, it does say very firmly that we should all just get along, and if we did, things would go better.