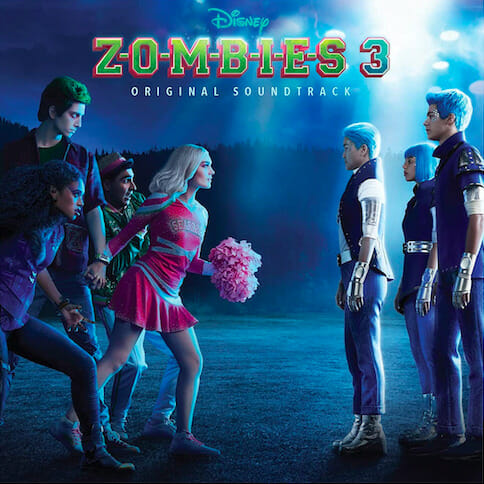 Walt Disney Records will release the soundtrack album for the Disney+/Disney Channel Original movie “ZOMBIES 3” on Friday, July 15, 2022.  The movie also releases on Disney+ on July 15.  . A special “Lost Song” version of the film will premiere on Disney Channel on August 12.

The soundtrack will be released digitally on several platforms including Amazon and Spotify.  A CD version will also be available on Amazon.

The first song and music video for Alien Invasion was previously released earlier this month and you can see that video below.

You can watch the trailer for “ZOMBIES 3” below and read our review of the movie here.