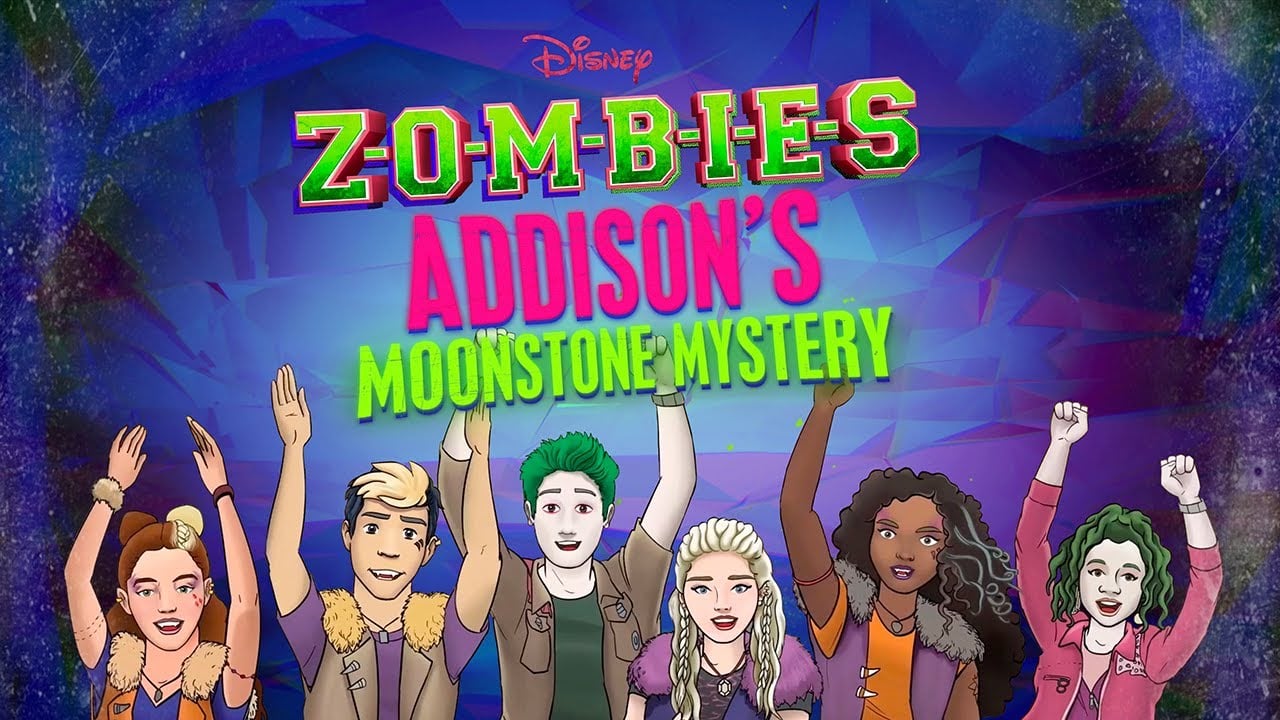 Disney+ has announced the full list of everything coming to the United States in October including premieres of new Disney+ Original Series, additional episodes of fan-favorite series, and new library title additions.  One of the library titles that will be added next month is Season 1 of “Zombies: Addison’s Moonstone Mystery Shorts” which arrives on Wednesday, October 13th.

Addison is hosting the Seabrook High’s Halloween Fall Ball and is going above and beyond to ensure the event is extra spooky and fun. After she gives the school’s “Shrimpy” mascot costume a makeover using some stones from the Wolf Den, a mysterious power brings the costume to life,like a pink, googly-eyed Frankenstein’s monster. As Monster Shrimpy begins terrorizing Seabrook and smashing everything in his path, Zed will need to work together with Addison to save the Fall Ball … and Seabrook itself.

You can watch a sneak peek from Episode 1 below: